The Passing of Donald Willis 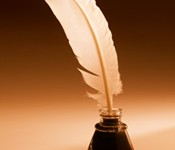 Conroe, Texas— Donald F. Wills died on his birthday.  He turned 77 on February 9, 2011.  He had preached for some 59 years and brought many, many people to God.  During his tenure at one church, he baptized 180 people.  Two of the ministers who spoke at his funeral had been baptized by him.  On one night he baptized some 20 soldiers before they left for combat.

After he had died, his family found a note he had left for them at home.  “Remember me,” the note said.

On the behalf of his family, and his two brothers, Lewis and Mike, we ask for your remembrance and for  your prayers.