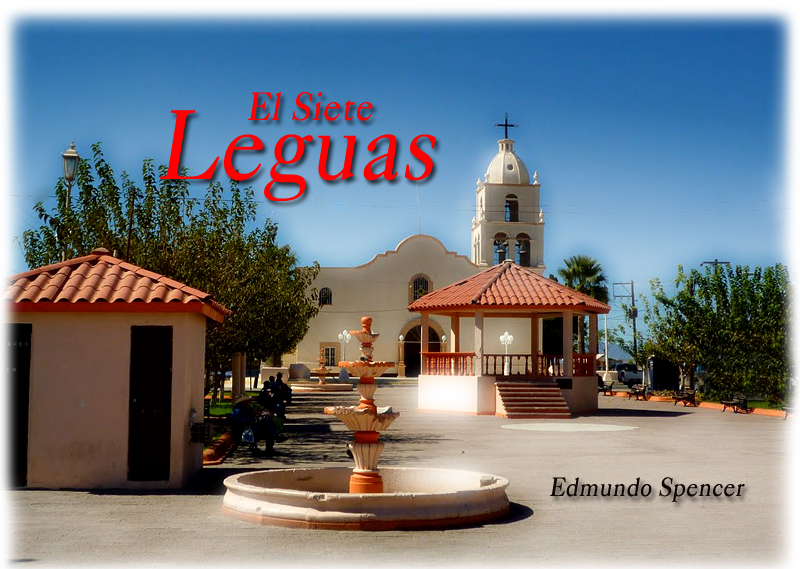 The Most Famous Horse in México—

Pancho Villa, perhaps the most famous of guerella fighters

THE EVENING was cold;  it was just a few minutes after the sun had set, and the crimson glow in the sky was marvelous.  Supper was quite good, you could say— a plate of frijoles rancheros, a cup of black coffee, and freshly made flour tortilla. There was a pleasingly warmth coming from the wood stove that seemed especially inviting for us to gather around.  For us, it was a typical winter evening.  It was inevitable that a conversation of some sort would spring up around some chosen theme, erupting from the man who liked telling anecdotes.  That man was my father.

That night when I was a boy, for some reason unknown to me then or now, I started singing a song called The Ballad of the Seventh League.  (I am not a good singer, but ballads are common in Mexico for these tell of heroic deed, of love affairs, and of other grandiose schemes of life.) My dad listen attentively, and when I had finished, he asked in a calm but serious tone—

“Mundo, did you know that the Siete Leguas was not a horse?”

I became frozen and looked at him straight into his eyes. I didn’t know whether I should laugh, or cry, or run through the middle of the street screaming like crazy. Then I spoke out of desperation, almost screaming:

“It was a yegua” (mare), ” he told me with a sarcastic smile; he knew how I was feeling, “Calm dawn, don’t get over excited; let me instead tell you the story of The Seventh League.

“Back during the time of the Mexican Revolution, ranchers in southwest Texas, (Alpine, Fort Davis, Marfa, Marathon) sold horses to the North Mexico Revolutionaries. I was just a lad,  maybe 12, or 13, and  lived with my parents on the Spencer Ranch, about 12 miles northwest of Presidio, Texas; the ranch was founded by my grandfather, John W. Spencer, back in 1854.

Like any good storyteller, my father paused for a few coffee sips,  creating a sense of suspense.  I became a little desperate, and asked:
:

“Well, what happened next?”

“Be patient, be patient,” he said, and continued, “One day some cowboys from Marfa, brought a herd of horses bound for the North Mexico Revolutionaries; these Revolutionares were under the command of  Pancho Villa himself.   In that herd was a large beautiful mare, with a long neck, and very strong.  Spencer Ranch had taken special care with that horse because that horse was to be given as a present to General Villa.   After a few days, the Revolutionaries returned to Mexico, driving the herd.  The special mare in that herd became the renowned: El Siete Leguas. 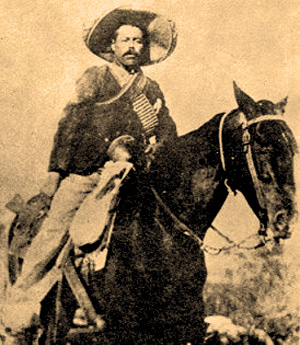 Years later I talked to a very old man who, during the Mexican Revolution was part of the personal guard of Pancho Villa.  He confirmed what my father had told me.