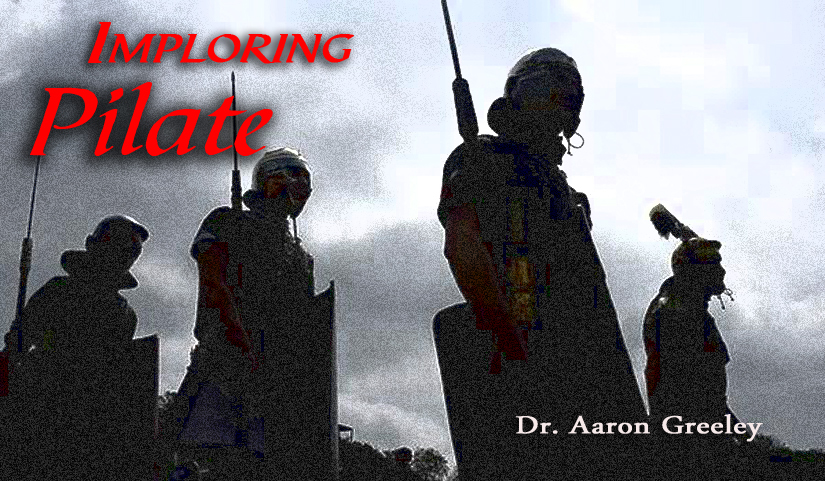 Pilate commanded the body to be delivered—


“There came a rich man of Arimathaea, named Joseph”

“He went to Pilate and begged the body of Jesus
—Matthew 27:48

It is with great disgust that I have witnessed the unjust events of recent hours involving the trial and crucifixion of Jesus of Nazareth. As you have stated yourself, “What wrong has he done?”. These events will stand as an ugly blemish on your term as Governor and if your conscience be not seared as with a hot iron, I suspect these events will haunt you for some time; maybe for your entire life. If the rumors be true, these events are already haunting your wife in her dreams!

Pardon my blunt rebuke and please understand that I do not hold you exclusively responsible in this injustice. As you know, it was the High Council and the Chief Priests who delivered Jesus over to you because they were jealous of His influence over the people of Israel. Those members of the council will suffer, perhaps different that you, but each person will give account for their deeds; not to I, but to God Himself.

Alas, even I feel ashamed for my part in this whole mess. You see, as a member of the Council and a respected businessman and member of the Jerusalem community, I was unable to convince the Council to abide by Jewish law, to listen to credible witnesses and to move prudently in order to see that justice was done. I tried and failed. But could I have done more? That question keeps haunting me. I feel incredible guilt, even though it was not I that accused him falsely. I was not I who ordered him stripped and flogged. It was not I that nailed him to the cross. It was not I that spat upon him and jeered at him and insulted him. No, it was not I, but I am guilty nonetheless. I feel this is all my fault for some reason. My prayers as of yet, give me no comfort or peace in this matter, perhaps they never will or perhaps someday I will come to understand the deeper meaning of what has occurred. Come what may, I throw myself at the mercy of God. I should have done something more! 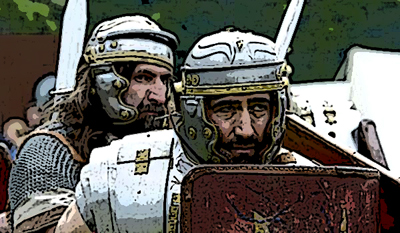 In this respect, I beseech you Governor, to preserve some semblance of dignity in the matter of Jesus of Nazareth. Allow me to see to a proper burial for the body of our good Teacher. Let reason prevail at least in this moment. As the Passover is approaching, the disciples of Jesus, people of your Governorship, need closure after such a grotesque and disturbing event. 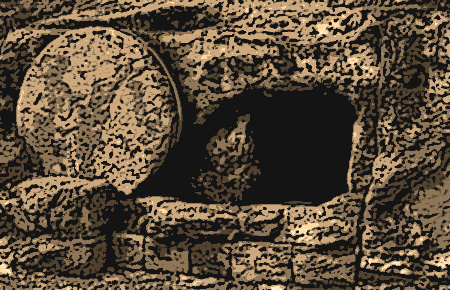 Behold, I have a tomb, hewn out of rock that has never been used, located in a quiet garden nearby. It has recently been finished in preparation for my burial when the time comes. Yet, here I am, a man of great means very much alive but feeling rather undeserving. And there lies Jesus, a man of no means whatsoever without a place to be buried, yet deserving much better than he received. This tomb can easily be secured if need be. But most of all it will allow for some preservation of dignity.

I beg you on behalf of the multitudes who are suffering in guilt and pain, every man and woman who listened to Jesus speak, who witnessed him heal and forgive, who was touched by his selflessness. We have failed to stand up and to stop the madness of the High Council and the complicit Roman government. Let us not fail in doing something, the only thing left to do. Please let us take his body and bury him properly, quietly, peacefully.

Whether Joseph of Arimathea spoke personally with Pilate or contacted him through a letter, we cannot say.  We do not even know the actual words, but we do know that Joseph of Arimathea begged Pilate for the body of Jesus, and we know that the request was granted.  From a literary perspective, the above letter certainly captures what may have been said in that fateful moment.