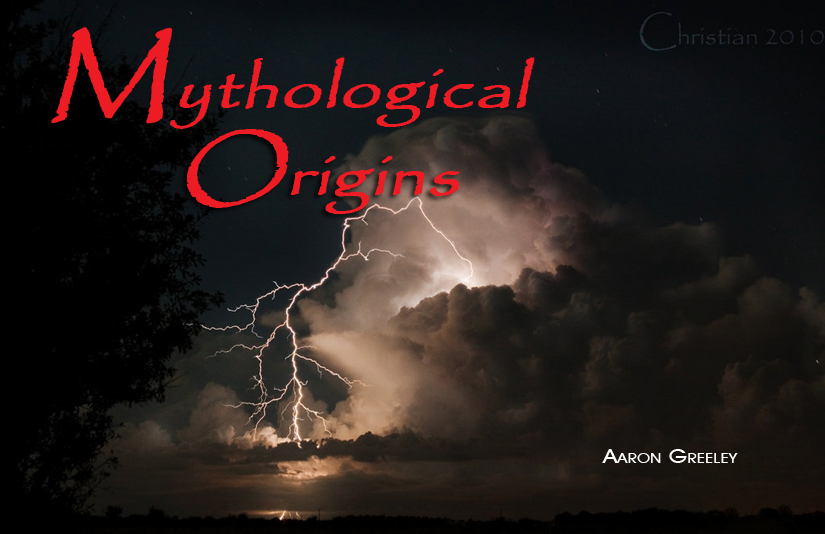 Emergence of the gods—

This summary of my breakfast conversation with my second grade daughter, after she recently studying Greek mythology, sparked a thought and some research on my part. It struck me as an opportunity to illustrate how something can never come from nothing. Everything has an originator; even the Greek mythological deities of centuries past. As we trace Athena’s genealogy back we can see a bizarre but familiar story take shape.

Athena, the goddess of wisdom, was a daughter of Zeus and Metis, or at least, that is what one of the different narratives tell us. When Zeus was told they would have a daughter who might become more important than he was, Zeus decided to swallow Metis and her unborn child. Unfortunately, he later came down with a headache and asked Hephaestus (another god) to cut open his head to see what was the matter. When his head was opened, Athena popped out, fully armed and ready for battle.   At least, such is one version of her birth.  Even though Zeus is the supreme god of the Greek, he is not the first god.

Zeus, the god of thunder and king of Olympus, was the son of Cronus and Rhea. Cronus, who was similarly frightened by the prospect of being usurped as ruler of the Titans, decided to swallow all of his children. But Rhea tricked him when Zeus was born and she was able to raise him in safety, so that he could return and take the throne.   As can be seen, the story about how Athena was born is similar to this story. 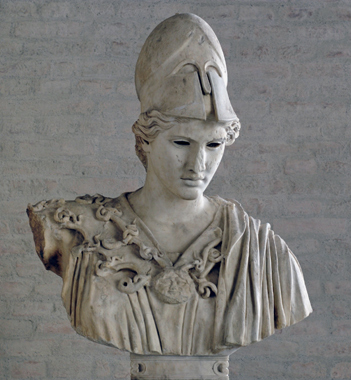 As we go back further, we discover that power becomes a common theme in the Greek story of how the gods came to be. Cronus, for instance, was the son of Uranus and Gaea. Uranus was a primal deity of the sky. He was the born of Gaea by herself. He was also tricked and mutilated and lost his throne to Cronus.

Gaea, the mother of earth, was a primal Greek goddess who was emerged inexplicably from Chaos along with several other primordial gods.

The genealogy begins with Chaos with no explanation as to where Chaos came from. Chaos is sometimes defined as a primordial mass, from which sprang several primal Greek gods, apparently all on their own. None of these gods were born.  They just started popping out of this nothingness called Chaos. Then these primal deities started to organize the universe and our world into what we know today.  What is particularly interesting is the difference between the ancient Greek account of creation and the biblical account.  In Greek mythology, the gods seemingly emerge from matter, from the universe; in the biblical account, God creates the world.  God is not created by the world.  Let’s look at a couple of ancient writers.

In truth at first Chaos came to be, but next wide-bosomed Earth, the ever-sure foundation of all the deathless ones who hold the peaks of snowy Olympus, and dim Tartarus in the depth of the wide-pathed Earth, and Eros (Love), fairest among the deathless gods, who unnerves the limbs and overcomes the mind and wise counsels of all gods and all men within them. —116-122

Ere land and sea and the all-covering sky
Were made, in the whole world the countenance
Of nature was the same, all one, well named
Chaos, a raw and undivided mass,
Naught but a lifeless bulk, with warring seeds
Of ill-joined elements compressed together.
No sun as yet poured light upon the earth.  —I.6-12

Apollodorus, another ancient writer, cites a similar story.  Interestingly, Egyptian mythology begins similarly from a watery abyss called Nu. Out of this chaos, a hill was formed (Ben-Ben) which sprouted gods (Atum, etc) who eventually organized the universe and world into what we know today

How peculiar and yet how familiar? Modern mythologies essentially have the same notions. After all, “there is nothing new under the sun.” (Eccl 1:9)

If we may say so, a mythology of science attempts to convince us in a number of different theories that the universe was at one time collected into a very small ball of matter, a singularity, or “primordial mass” if you will, which exploded outward in a chaotic release of energy.  Eventually, through a chaotic stream of events this matter was more or less organized into more orderly systems of stars and planets. As time progresses so the story goes, bits of matter collect together in the watery abyss as amino acids, which further coalesce, into living organisms.  If this story sounds similar to the ancient Greek and Egyptian mythologies, it may be because the new theory is really an old story.

Life essentially popped out of chaos (an abyss, a void, ill-defined nothingness) with no further explanation as to where it came from.

However, something cannot come from nothing. As much as modern mythology would like to dismiss this simple truth, it cannot be denied. Apparently new disciplines of philosophy and physics are springing up to grapple with the questions of origins such as “What happened before the Big Bang?” This is much to the dismay of those who would rather ignore the obvious. Not that those who are advocating such a discipline are seeking to conclude there is an intelligent designer, but at least they are being honest in asking the question. This is precisely where the argument for intelligent design cannot be ignored.

The idea of order proceeding from chaos is a biblical concept.

In the beginning, God created the heavens and the earth. The earth was without form and void, and darkness was over the face of the deep. And the Spirit of God was hovering over the face of the waters. And God said, “Let there be light,” and there was light. —Genesis 1:1-3

God proceeded to order the universe day by day into what we know today. The difference between the mythological origin, both ancient and modern, and the biblical origin of the universe is simple but immense. Something cannot come from nothing. The Bible explains where chaos came from and who ordered it.

His name is Yahweh, the LORD God.

God described himself to Moses,

That name says it all. He is eternal, immutable, constant, and faithful. He needs no birth, nor beginning. He needs nothing in order to live and exist. He is self-existent. He will have no end. He is “the beginning and the end.” (Rev 21:6)

It must be admitted, that the conception of such a deity is just as mind-boggling as the notion of something coming from nothing. Thinking about the nature of God as explained in the Bible, and the implications thereof, is astounding and makes my head spin. Nevertheless, there is evidence to support such a notion (See Rom 1). But there is no physical experience to comport with something coming from nothing. Ultimately, it will take faith to believe in either an intelligent God or the abyss of nothingness.

Do you believe in something or nothing? I will put my faith in Yahweh!

To the King of the ages, immortal, invisible, the only God, be honor and glory forever and ever. Amen. —1 Timothy 1:17