I lost my mate

I simply was not prepared for this
I did not want this . . .

MY MARRIAGE was above the average. I loved my wife and I felt secure in our marital commitments. Our relationship did not thrive on frustrations that came our way. We each accepted the thrills and chills that came with everyday contact in married life. We knew fully that our relationship would be meaningful as long as there were the ingredients of affections, friendship and empathy. But something happened to the empathy.

As I look back on our twenty years of marriage, I can recall being concerned over my wife’s insecurity of being a preacher’s wife. In fact, once or twice in the early years of our marriage, she tried to relieve her anxiety by working. The solution resulted in failure. In later years, however, this obsessive drive found some satisfaction. Her “career” came to control her life resulting in a lost interest in things spiritual, in her home and in my work. She no longer shared my interests and could not feel what I felt. The empathy was gone, and with it our marriage. Materialism became her goal in life (“the love of money is the root of all evil”). She started social drinking, and our marriage deteriorated proportionately. Tension increased. She easily found satisfaction in involvement away from her home. I do not think her infidelity was a conscious decision at first, but in time a growing dissatisfaction led to emotional involvement with another person. Her philandering led to desertion. My pleas (and those of others) fell on deaf ears. I became a “walking wounded,” viewing the hopelessness of a situation that had neither remorse nor repentance. I simply was not prepared for this putting away, but one does what has to be done. I did not want this. But it was beyond my control.

Experience drove home what I knew already: divorce always exacts a toll. In addition to the shame, the hurt, and the bewilderment of your children, there is also the trauma of having to cope with an upheaval that is far worse than the death of a loved one. The dramatic change in one’s life calling for immediate readjustments (sometimes accompanied with great anxiety) produced the shocking reality of being propelled into a harsh and cruel environment. I felt afraid and helpless. Adjusting to new circumstances with its concerns about the unknown was difficult. I now know what it is like to be suddenly single again. I know what it is like to try surviving while wading through a morass of grief and guilt. And worse of all – I know what it is like to be alone. 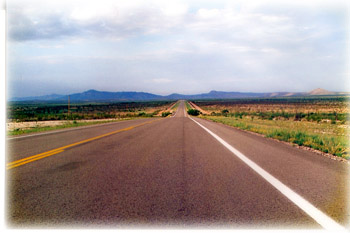 I simply could not survive without first closing the door on my relationship with my former spouse. My intensive hurt later became anger, an anger I knew had to be dispelled. This was not easy. So many of my problems had to do with the fact that I was a divorced preacher. Those problems did not yield to quick solutions. I had a career to pursue and two fine boys whose lives were broken and were now in need of delicate direction. I knew that each of the tasks would be difficult at best. But what brought me through was my faith in God and his Word (1 Pet. 1:5). I threw myself into my commitment of adding to my faith virtue, knowledge, and the other graces spoken of by Peter (2 Pet. 1:4-11).

I knew my God would sustain me. But first I must make my calling and election sure. And above all else, I must not allow myself to stumble or to fall in the midst of false charges, suspicions, and hypocrisies leveled by brethren who felt they knew the situation better than I did. Even if it took the rest of my life, I was determined to prove myself worthy, both in the sight of men as well as God. I prayed for a strength that only God could provide. And I found the needed vigor. It was and still is, “my God and I” I feel for the person who has no faith to sustain him in time of trouble and tribulation. Because of a strength found in God, I quickly concluded that I had two practical problems that needed to be set in order.

First, I had to arrange management matters and sustain control over emotional upheavals experienced by my boys and myself. I thus fueled my determination with vitality. Second, ever before me was the thought: “I must not falter – I will not falter.” I had two formidable enemies, Satan and self. Self wanted to yield to self pity, to grief, to rejection, etc. But, I knew I could do all things through Christ who strengthens me (Phil. 4:13).

In Perils among Brethren

Nineteen hundred years ago inspiration had said, “He that sheweth mercy, with cheerfulness. Let love be without dissimulation” (Rom. 12:8-9). I expected my brethren to understand the devastation I was going through. I was shocked to find rejection as a reward for misplaced hope. Divorce has no end, and finding it perpetuated by thoughtless, unheeding friends was a disappointment to me, a setback I did not expect. I desperately needed recognition and support, but it was not there. My loneliness increased and I felt threatened. Had I somehow become an instant threat to them? I had not changed.

Rather, it was they who had changed in their feelings toward me. The problem was theirs and not mine. Perhaps, I represented what they knew could happen to their own marriages (things were not going that well with some of them) or, was it that they were in a double bind and not wanting to take sides? I did not want them to stop being friends with my former spouse. I simply was in a need of their help. I wanted to know that they were standing by. What made it worse yet was the fact that I was being scape-goated by my former wife. Brethren were drawing conclusions without investigating facts. At first, I tried explaining, but it was futile. Besides, why should I have to defend my actions, especially since our Lord gave the innocent party the right to put away the guilty (Matt. 19:9)? Whenever I went to gospel meetings, lectureships, etc., I saw brethren looking disapprovingly at me and whispering to each other. Some acted Pharisaical, avoiding me as if I had some dreaded disease. Often I went away with ruffled and sick feelings. I felt pathetic, abused, unloved. Was this the love of the brethren (1 Pet. 3:8)? 1 was not being used in meetings, was not called upon to lead prayer when visiting meetings in the area and in some instances my presence would be overlooked in the announcements. I was disillusioned and had the urge to get away from this display of Christianity. I cried and I prayed (Jas. 5:16). I dug deep into the recesses of my soul for patience and the establishing of my heart (Jas. 5:8).

What I still do not understand is the fact that if one’s conduct warranted one’s being “marked” in this way (Rom. 16:17), why was no effort made to restore an erring brother (Jas. 5:19-20)? Have we removed ourselves so far from the spirit of truth that we cannot display kind consideration and concern? Not once did I ever ask for approval. It is sad that brethren repeatedly confused benevolence with unanimity. Our Lord loved the sinner (Jn. 3:16). Can we do less? I think it would have helped if only someone had confronted me with an accusing finger. At least, I would have known that someone cared.

A few proved themselves true friends by reaching out and touching me with tender concern. In some instances, they silently walked beside me even in the valley. They joyfully sang with me on the mountain top. The better they got to know me, the more determined they were to lend support. How happy am I that friendship encircled my life and became a living thing nourished with kindness, sympathy, and understanding.

It is with sweet memories that I recall the standing invitation for an evening meal and the opportunity just to be with someone. To talk, but not to wear them out. (Others said, “if we can help, let us know,” knowing they would never be asked.) The godly couple with the open door of hospitality were the means of my emotional salvation. The few preachers and business men who bolstered my sinking morale and those across the miles who sacrificed to phone often with their cheering, sincere, “How are you?” stands as a monument to the Word of God: “A friend loveth at all times” (Prov. 17:17).

Two Boys and Their Adjustments

Divorce can be especially difficult if children are involved. How win they react, adjust and mature? Some results cannot be determined until later in years. Many answers remain to be seen in this regard. But trying to make a first-year college student and a thirteen year old understand that I would always be around even though their mother had forsaken them was a task too difficult to put in writing. They had to become adult-like before their time. If they were to learn, accept, become independent and succeed in their field, it would be due in part to their having seen their father do the same. How badly they needed to learn that in life setbacks and successes share equal time. There is a constant struggle and a continuing battle. But I wanted my boys to share the legacy of a God-fearing father’s determination to survive. Maybe being a survivor is our only claim to fame. 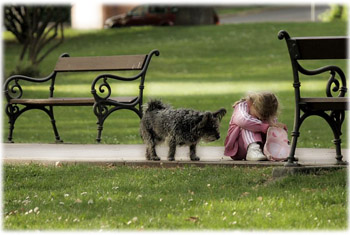