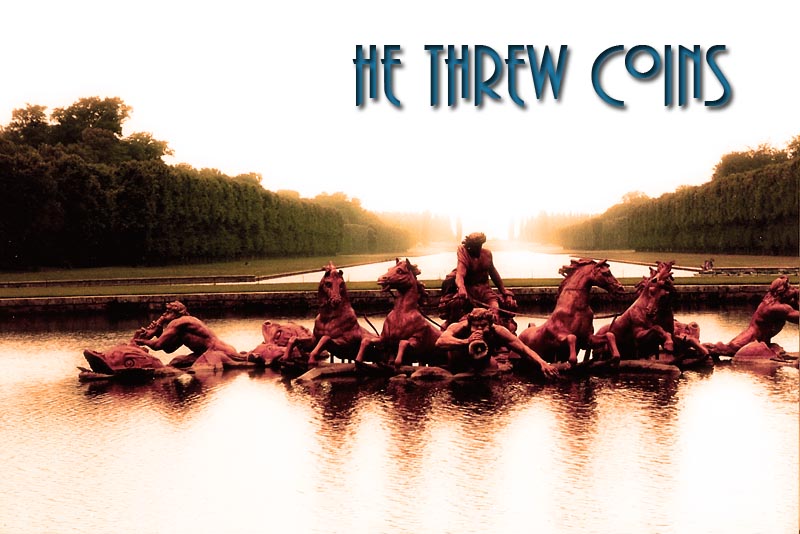 Why does he make that abominable noise?—

With the air of a gentleman, who had accidentally broke some common thing,
and could afford to pay for it.

In The Tale of Two Cities, Dickens tells of the death of a small child, hit by a passing carriage. Inside the carriage was the Monsieur the Marquis who calmly cried out as to why the carriage had stopped so suddenly: “What has gone wrong?”

“Pardon, Monsieur the Marquis!” said a ragged and submissive man, “it is a child.”

“Why does he make that abominable noise? Is it his child?”

Monsieur the Marquis threw gold coins out of the window of the carriage: “Spend it as you will. The horses there; are they right?”

It is this next paragraph, however, that is the most telling of all:

Without deigning to look at the assemblage a second time, Monsieur the Marquis leaned back in his seat, and was just being driven away with the air of a gentleman who had accidentally broke some common thing, and had paid for it, and could afford to pay for it.

Let me explain the paradox by relating an incident in my own life, an incident in which I had wronged another man. We had just recently moved to another city, and were looking to purchase a house. An older man and his wife were renting the house at the time and had lived there for many years.

“I have bought some ceiling fans,” he said. “If you like, I could leave them there, and you could later send me some money for the fans.” I agreed and told him we could do that, but for the immediate present, all of our money would be spent in moving into the house.

I never sent him the money. You might say it was neglect on my part, but whatever the reason, I did not do what I had promised him. You might say that it was a relatively small thing, a common oversight. Perhaps so, but I wronged him nevertheless. I sinned against him, and he knew that I was a Christian.

I cannot send him the money now. I do not remember his name, and he has long since died. I sinned and now there is no way I can undo what I have done. I cannot make it right.

We are told by God to confess our sins, and we do. We are told by God to repent of what we have done wrong, and we try. And yet, at times, we somehow think that my confession of a wrong and my efforts to make amends somehow will erase the hurt that I caused. Sin, after all is very hurtful. Indeed, in English the word sin comes from an Anglo-Saxon word meaning to hurt, to cause pain. Nothing is more hurtful than sin.

My apologies cannot erase the hurt. My confessions cannot erase the shame. My acts of retribution cannot undo the wrong any more than the gold coins from the Monsieur the Marquis could make the child alive again.

I wish that I had paid that man for his ceiling fans, but I did not, and now, I cannot. I wish that he had not known that I was a Christian, but he knew, and that is why he trusted me. I wish he could hear me confess my wrong, but he is dead. I wish that I could repent and make it right, but I cannot. Zaccheaus told the Lord that if he had wronged any man, he made retribution: “Behold, Lord, the half of my goods I give to the poor; and if I have taken any thing from any man by false accusation, I restore him fourfold” (Luke 19:8). In my case, I can pay nothing. Death has closed the door.  I owe a debt for which I can never pay.

Maybe it is here where our sense of forgiveness begins. Maybe it is here we come to understand the word of the Holy Scripture: “The Son of God, who loved me, and gave himself for me “ (Gal 2: 20.) May God have mercy on my soul for those sins I know about as well as for those sins I know nothing about.  May I come to understand the love of Christ and why he died.