The best laid plans of mice and men 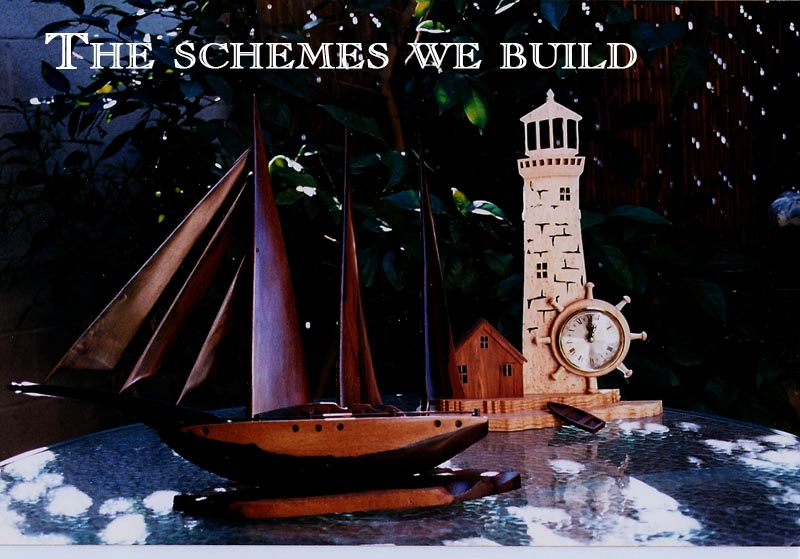 “The best-laid schemes o’ mice an ‘men
Gang aft agley,
An’lea’e us nought but grief an’ pain,
For promis’d joy!” —To A Mouse

The last few paragraphs Adam Clarke wrote on his knees in prayer to God. His commentary on the Holy Bible had spanned some 40 years and now he was writing the last few words. Forty years is longer than some men live. Forty years is how long Israel wandered in the wilderness. Forty is the watershed between our youth and our old age. We may fear the coming of our fortieth year, but years later we look back on that year as a good time.
You can understand my reluctance, then, to say anything that might be construed as uncomplimentary even in the remotest sense about what another man may have written in honor to God, especially when such a man had spent forty years of labor on the most holy of all books. That is why this article is not about Adam Clarke, though Clarke is a part of the article.  I actually want to talk about how we reason and somehow think that our thoughts must be the thoughts of God.
Admittedly, God has clearly told us that our thoughts are not his thoughts: “As the heavens are higher than the earth, so are my ways higher than your ways, and my thoughts than your thoughts” (Isaiah 55:9).  Yet, however, we often build complex logical systems and arguments, concluding that how we have concluded is how God must have concluded as well.  We reasoned it all out.

This is where Clarke comes in (and you and I as well), but before we go further, let’s first look at Clarke and how he once posited a rather ingenious interpretation.  Based on logical premises and necessary conclusions, as well as an intensive word study, Clarke concluded that the serpent that had tempted Eve was not a serpent as we understand serpent, but rather was an ape, a particular type of ape, an ouran outang, in fact.

No, you read the sentence correctly.  There is no mistake here. Clarke did conclude that the serpent that tempted Eve was an ouran outang.  Clarke did acknowledge that his interpretation of the serpent in Genesis was a little different than the usual explanation, but he was charitable toward others who might find his view less than convincing:  “If, however, any person should choose to differ . . . he is at perfect liberty so to do; I make it no article of faith, nor of Christian communion.”

You may well ask, “How did Clarke arrive at his ouran outang view anyway?”  Etymology of a Hebrew word was part and parcel of his argument: nachash. After looking at how nachash was used in a number of biblical references, Clarke concluded that nachash might be any number of animals, ranging from a hippopotamus or crocodile to serpent or sea creature.  The text simply did not identify with any certainty what nachash exactly might mean.  Further, since the verb cognate could mean to acquire knowledge by experience, then the meaning of the noun might better be understood as having a similar general meaning. After all, the verb form is used by Laban: “I have learned by experience” (Gen. 30:7).  In addition, a similar Arabic word, khanasa, means ape, or satyr, and an Arabic cognate becomes the word for devil, or seducer.

Having secured what seemed like a plausible linguistic base, Clarke interpreted the Genesis narrative accordingly:,


We have truncated many of Clarke’s words, but the essential wording and reasoning can be easily followed.   Those we left intact.

I remember the first time I ran across Clarke’s unusual comments and how I laughed.  I had something now to prod Joe Smitherman, a close friend of mine and an ardent reader of Clarke’s Commentary.  I never did get Joe to comment on Clarke’s comment.  He did laugh, though.

His wife had given him a stylish and elegant watch, and Joe looked rather debonair with that new watch.  The style was awkward, by that I mean, you had to use two hands and both arms just to see what time it was. You might say the watch was a lot like a blouse a woman might wear, the kind with the buttons up the back.  (I have never understood why someone would want to wear something like that.)

It may have been an awkward thing to do, but in the middle of our conversation about Clarke and ouran outangs, I could not resist asking Joe what time it was. Joe was in a very awkward position, trying to defend Clarke’s Commentary, trying to see what time it was, trying to talk with me.

Like Joe, I enjoyed reading Clarke’s Commentary, and like Joe, I had learned much from Clarke, but the comments here left me and Joe somewhat unconvinced.  We laughed long. We laughed heartily. Yet, when you think about it, I suppose, there is a lot of ouran outang in how we sometimes reason on the behalf of God.

The Sadducees, for instance, made a monkey out of themselves.  In their mind, they had an irrefutable argument, one that not even Christ could counter.  Proposing a hypothetical scenario, they concluded that a resurrection could not be possible:

Moses said, If a man die, having no children, his brother shall marry his wife, and raise up seed unto his brother.  25Now there were with us seven brethren: and the first, when he had married a wife, deceased, and, having no issue, left his wife unto his brother: 26Likewise the second also, and the third, unto the seventh.  27And last of all the woman died also.  28Therefore in the resurrection whose wife shall she be of the seven?  —Matthew 22: 24-28.

From the perspective of the Sadducees, it all seemed so logical.  The irrefutable argument soon, however, became immediately irrelevant.  The Lord answered them in plain words, answered them without even once analyzing the hypothetical syllogism: “Ye do err, not knowing the scriptures, nor the power of God.”

Of course, the Sadducees had assumed that marriage would continue after death, and that assumption in itself has many problems, but our point here is not so much how their logic may have been faulty, but rather that their entire logical system was not how God reasoned at all.   Christ says their error failed on two accounts: they failed to understand Scripture, and they failed to understand God.

It is this last point, the one about failing to understand God, that is so disturbing.  We adduce, we conclude, we deliberate, we infer and when we finish with our premises and procedures, we convince ourselves that the logic that led us to our conclusion must be the same logic that will lead God to an identical conclusion.  In effect, we place ourselves in the role of God.

Let’s look for a moment at the narrative of the woman taken in adultery.  That she was guilty was beyond question.  That the law of Moses was on the side of those who condemned her was without question.  She was guilty and the Scripture delineated what must be done.  In brief, God was on the side of her accusers, and the accusers were on the side of God.  It could be argued that the sanctity of marriage was at stake, and that the consequences of sin must be meted out.  Christ, though, looked at the matter very differently: “He that is without sin among you, let him first cast a stone at her” (John 8:7).  One by one, beginning with the eldest in the crowd, the crowd dispersed until only Jesus and the woman were left.

In some ways, this scenario is even more penetrating than that of the Sadducees.  Unless I have misread this narrative, we can have Scripture on our side and still not be on the side of God.  Admittedly, the law of Moses was not to be enacted as they were attempting to do.  Mob rule is not a court.  Admittedly, their motive was wrong.  The accusers were there to discredit Christ.  Even so, the heart of the matter remains what it is.  We can do wrong in the name of Scripture.  We can do wrong in the name of God. Our logic does not have to be faulty for us to be at fault.

Those who condemned Christ for healing on the Sabbath constitute another example of thinking and religion gone awry.  God, of course, had sanctified the Sabbath:

The seventh day is the sabbath of the LORD thy God: in it thou shalt not do any work, thou, nor thy son, nor thy daughter, thy manservant, nor thy maidservant, nor thy cattle, nor thy stranger that is within thy gates —Exodus 20:11.

Yet, when Christ healed on the Sabbath, some wanted to kill him rather than to admit the obvious.  In their mind, a commandment of God had been violated.

In their mind, Christ could not be from God, and yet the miracle clearly evidenced that he was from God.  The irony here is that their reasoning led them not to reason, led them to deny the necessary implication behind the miracle performed before their very eyes. We might say that their souls were as withered as the hand that Christ healed that day.  In fact, the holy record says they were filled with madness and rage (Luke 6:11).  Their faulty reasoning drove them to unreasonableness, drove them to sheer madness.  They could cite Scripture, but they could not welcome Christ.

We must reason from Scripture.  God expects that of us.  After all, Paul reasoned from Scripture, arguing that Jesus was the Christ (Acts 17:2).  Even Abraham reasoned that Issac would have to be raised from the dead if he were killed because God had made a promise (Heb. 11:9).  Based on what God had said and based on his faith in God, Abraham reached a necessary inference. It is not wrong to reason.  That is not our point.

Our reasoning can be faulty, and we not know it.  Clarke may have seen an ouran outang in Genesis, but at least, he acknowledged that his interpretation might not be that convincing to everyone.   Unfortunately, we are not nearly as gracious.

Sometimes we have an understanding of Scripture that, by our own logic, seems to demand a conclusion that could be no other way.  However, like the accusers of the adulterous woman, we fail to take into account the grace and mercy of the Lord.  There is more to God than commandments.  The next time we want to pummel a brother in the Lord because he has done or said what the Scriptures seem to clearly condemn, we might pause for a long, long moment.  We might even say ouran outang out loud.   Certainly, we need to defend the integrity of the word of God, but even more important, we need to let God be God.  We do not need to cast stones against him for whom Christ died, and we do not need to cite Scripture to our own destruction.

“My thoughts are not your thoughts,
neither are your ways my ways, saith the LORD”