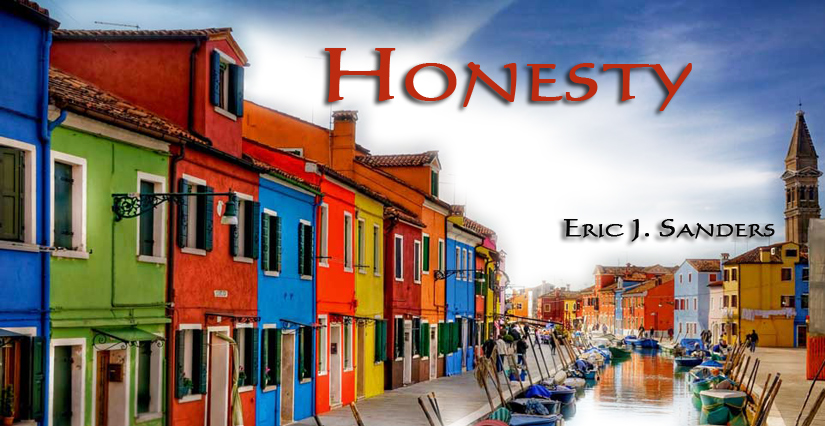 Honesty can be a brutal truth—

“Nothing in this world is harder than speaking the truth,

nothing easier than flattery.”    —Fyodor Dostoyevsky

DURING THIS ELECTION YEAR, politicians and the promises they make dominate the various news feeds and conversations around the water coolers of many a break room. Want better health care? Vote for so and so and promises are made. Better national defense? Then so and so will promise the expenditures necessary to make that a reality. The simple truth is that most candidates make liberal use of misleading assertions and distortions of facts. Honesty and politics have always been uncomfortable bedfellows. It’s a tragic feature of modern democracy. Honesty has quickly become a losing strategy. Sadly, what’s moral conflicts with what is necessary to win.

Ever hear the old adage, “Honesty is the best policy”? While true, I’m reminded of the fact that honesty isn’t a policy, it’s a value! We all value honesty in people as well as compassion, kindness, and appropriateness. It may be honest to tell your friend that he’s no Picasso and that he ought to stick to spelling or arithmetic, but is that kind? And although kindness is important, what we shouldn’t value are the people who apply honesty, truth, fairness, and equality on their terms and not on God’s.

In our Lord’s explanation of the parable of the sower, Luke mentions the honest and good heart (Luke 8.15). I’ve often wondered if there’s some significance in the order. Consider, if you will, that there are many people in this world that are honest. Some brutally so. But there are also many honest people that we would not consider good. And I have yet to meet a good man who is not honest. God requires that doesn’t He? The good heart of a Christian demands that his heart be an honest heart. One where no lie or deceit is even remotely part of it.

Contrast that with the account in Acts 5 of Ananias and Sapphira (Acts 5.1-10). The issue wasn’t the fact that they sold some property and, unlike Barnabas at the end of the previous chapter, only gave a portion of the proceeds. No. Their ultimate demise was that they misrepresented themselves and thus lied to God. Theirs was a sin of dishonesty.

Honesty is a value that should be taken seriously and applied fairly. It should be a value that you use regularly — a sort of litmus test for helping you make decisions. Billy Joel once sang, “Honesty is such a lonely word. Everyone is so untrue. Honesty is hardly ever heard.” Joel sings about how he can find someone to comfort him with promises, but honesty is far more rare. And although the song makes the case that truth is harder to find than love, unbeknownst to him, he has hit on the simple truth that dishonesty has been (and still is) prevalent with many today.

Our God is honest. His very nature is one of integrity.

The works of his hands are faithful and just; all his precepts are trustworthy —Psalm 111.7

And true children of God are expected to be people of integrity as well. I’m reminded of Paul’s admonition to younger men to,

Show yourself in all respects to be a model of good works and in your teaching show integrity, dignity, and sound speech that cannot be condemned, so that an opponent may be put to shame, having nothing evil to say about us. —Titus 2.7-8

And the Proverb writer says,

Scripture is clear. Our aim should always be to do what’s honorable in the sight of the Lord and in the eyes of men (2 Cor. 8.21)

Will honesty hurt sometimes? Of course it will. But remember that every time we are not truthful, we in essence create an alternate reality. And consequently, we will be forced to live a life in two worlds: the true one and the one we’ve created. So from a practical standpoint, honesty and integrity pave the way for greater intimacy. Case in point, your friends love the “true you,” not the one you’ve artificially created.

Living an honest life takes effort. No doubt about it. And to be pleasing to God, He demands it. Honesty is not just the best policy. It is the only policy.

And that’s the truth.

In the Days of Thy Youth, a publication written for and sometimes by young people and distributed among several congregations in central Florida.