From the Bench: trial in absentia 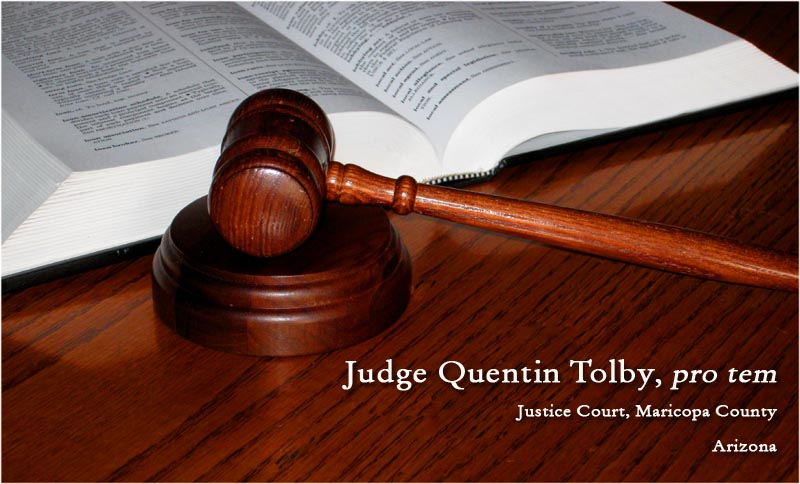 You may have rights, but you have to show up—

Trial in absentia not good for defendant

I TOOK THE BENCH, and took notice that the county attorney was seated at the state’s table.  The state had a couple of witnesses and a police officer.

I noticed there was no one seated at the defendant’s table.  I checked the file and noted the defendant had notice of the the time and date for his trial.  I checked my watch and noted it was ten minutes past time for the trial to begin.

I asked the clerk if we had a call from the defendant.  She nodded no.

The has a number of Constitutional rights, one of them is being present at all court proceedings.  Another right he has is to cross examine every witness as to their credibility.

I had no way of knowing if the defendant had forgotten or was just late; maybe he just blew it off.  I took a five minutes recuess just to maek sure he was not just a little late.  I returned to the bench at 15 minutes past the hour and no defendant.

I asked the county attorney how many witnesses he had and he said three.  I had a choice—

I could continue the trial wasting the county attorney’s time and his three witnesses’ time.

I could reset the trial and waste the county attorney’s time and his witnesses’ time, or try the case case in abstention.

I also took in consideration that someday he will be in court and can tell us why he did not appear and if the reason was good enough, the judge could set aside the judgment of guilt and give him a fair trial.

I thought about it for a minute and said to the county attorney, “Call your first witness

After the last witness, I found the defendant guilty and issued a warrant for his arrest.  I also noticed he had posted a $500 bond and I would forfeit that.  That might just get his attention.

Lesson: You have Constitutional rights, but you have to show up to exercise them.