Edersheim: Palestine in the Time of Christ 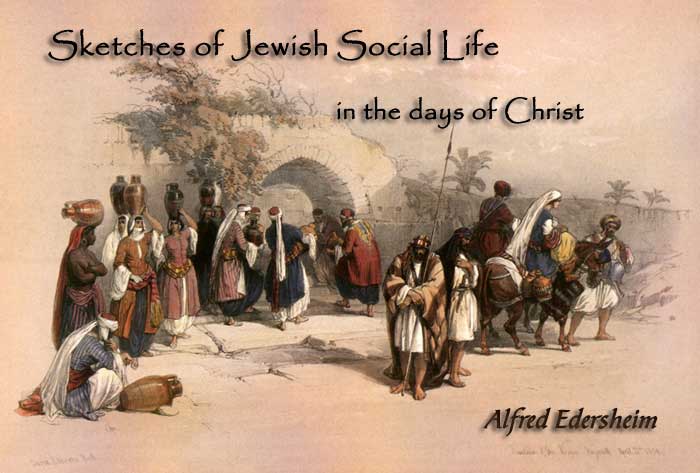 Such was the political division of Palestine—

At the time of the birth of Christ, Palestine was governed by Herod the Great. Palestine was nominally an independent kingdom, but Herod’s rule was under the suzerainty of Rome. When Herod died, (an event that happened very close to the opening of the gospel narrative) what he had ruled over now became a division of separate dominions. The events connected with it fully illustrate the parable of our Lord, recorded in Luke 19:12-15, 27.If the events surrounding the death of Herod do not form its historical groundwork, they were at least so fresh in the memory of Christ’s hearers that their minds must have involuntarily reverted to them. Herod died as he had lived— cruel and treacherous. A few days before his end, Herod once more altered his will, nominating Archelaus as his successor, with Herod Antipas (the Herod of the gospels) as tetrarch of Galilee and Peraea, and Philip as tetrarch of Gaulonitis, Trachonitis, Batanaea, and Panias. As soon after the death of Herod as circumstances would 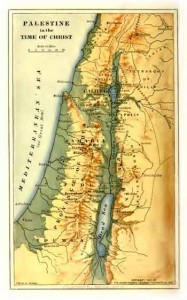 permit, and when Archelaus had quelled a rising in Jerusalem, he rushed to Rome to obtain the emperor’s confirmation of his father’s will. He was immediatelyfollowed by his brother, Herod Antipas, who in a previous will had been left what Archelaus now claimed as his inheritance. Nor were the two alone in Rome. They found there already a number of Herod’s family, each clamorous for something, but all agreeing that they would rather have none of their own kindred as king, and that the country should be put under Roman sway. If such were not possible, they would prefer Herod Antipas over Archelaus. Each of the brothers had, of course, his own party, promoting intrigue and manueving to influence the emperor. Augustus, however, from the first, was inclined to appoint Archelaus as successor to his father’s kingdom. The formal decision, though, was postponed by a fresh insurrection in Judaea, which was quelled only with difficulty. Meanwhile, a Jewish deputation appeared in Rome, entreating that none of the Herodians never be appointed king, on the grounds of their infamous deeds which they related to the emperor in detail. The Jewish deputation asked instead that the Jewish people might be allowed to live according to their own laws, under the suzerainty of Rome. Augustus ultimately decided to carry out the will of Herod the Great, but gave Archelaus the title of ethnarch instead of king, promising him the higher grade if he proved deserving of it (Matt 2:22). On his return to Judaea, Archelaus (according to the story in the parable) took bloody vengeance on “his citizens that hated him, and sent a message after him, saying, “We will not have this man to reign over us.” The reign of Archelaus did not last long. Fresh and stronger complaints came from Judaea. Archealus was deposed, and Judaea was annexed to the Roman province of Syria, but with a procurator of its own. The revenues of Archelaus, so long as he reigned, amounted to very considerably over 240,000 pounds a year; those of his brothers respectively to a third and sixth of that sum. But his was as nothing compared to the income of Herod the Great, which stood at the enormous sum of about 680,000 pounds; and that afterwards of Agrippa II, which is computed as high as half a million. In thinking of these figures, it is necessary to bear in mind
the general cheapness of living in Palestine at the time, which may be gathered from the smallness of the coins in circulation, and from the lowness of the labor market. The smallest coin, a (Jewish) perutah, amounted to only the sixteenth of a penny. A labourer usually received a denarius for a day’s work in a field or vineyard (Matt 20:2), The Good Samaritan paid out a denarius to cover the cost of care for the sick person (Luke 10:35).

Pilate, Herod Antipas, and Philip
Politically speaking, then, Palestine consisted of Judaea and Samaria, under Roman procurators; Galilee and Peraea (on the other side Jordan), subject to Herod Antipas, (the murderer of John the Baptist—“that fox” full of cunning and cruelty, to whom the Lord, when sent by Pilate, and to whom he would give no answer; and Batanaea, Trachonitis, and Auranitis, under the rule of the tetrarch Philip. Rather than detailing every historical event, we can summarize that to the north-east stood Caesarea Philippi (called after the Roman emperor, and after Philip himself). In the northern districts is where Peter made the noble confession, which constituted the rock on which the Church was to be built (Matt 16:16; Mark 8:29). It was the wife of this Philip, the best of all Herod’s sons, to whom her brother-in-law, Herod Antipas, induced to leave her husband, and for whose sake, he beheaded John (Matt 14:3, etc.; Mark 6:17; Luke 3:19). This adulterous and incestuous union brought Herod immediate trouble and misery, and ultimately cost him his kingdom, and sent him into life-long banishment.

Such was the political division of Palestine. Commonly it was arranged into Galilee, Samaria, Judaea, and Peraea. It is scarcely necessary to say that the Jews did not regard Samaria as belonging to the Holy Land, but as a strip of foreign country—as the Talmud designates it (Chag. 25 a.), “a Cuthite strip,” or “tongue,” intervening between Galilee and Judaea. From the gospels we know that the Samaritans were not only ranked with Gentiles and strangers (Matt 10:5; John 4:9, 20), but that the very term Samaritan was one of reproach (John 8:48). “There be two manner of nations,” says the son of Sirach (Ecclus. 1.25, 26), “which my heart abhorreth, and the third is no nation; they that sit upon the mountain of Samaria, and they that dwell among the Philistines, and that foolish people that dwell in Sichem.” And Josephus has a story to account for the exclusion of the Samaritans from the Temple, to the effect that in the night of the Passover, when it was the custom to open the Temple gates at midnight, a Samaritan had come and strewn bones in the porches and throughout the Temple to defile the Holy House. Such a story (whether true or not) certainly reflects the feelings of the Jews. And yet, it must be admitted that the Samaritans fully retaliated by bitter hatred and contempt. At every period of national crisis, the Jews had no more determined or relentless enemies than the Samaritans who claimed to be the only true representatives of Israel’s worship and hopes. 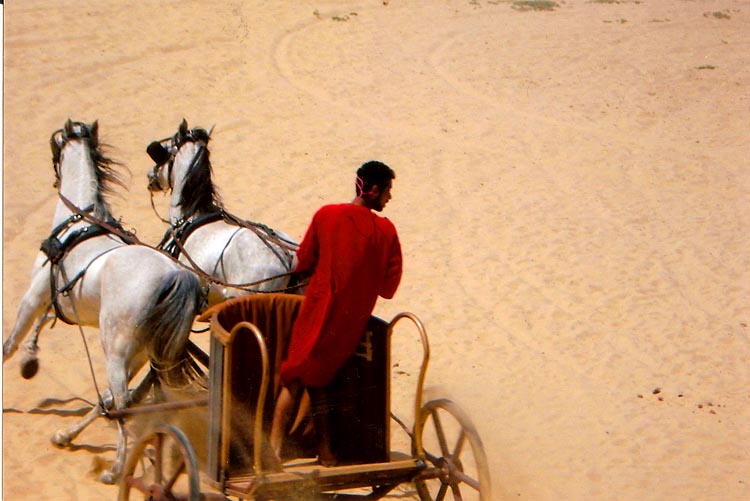