Bible Comments: Blessed Be the Tie 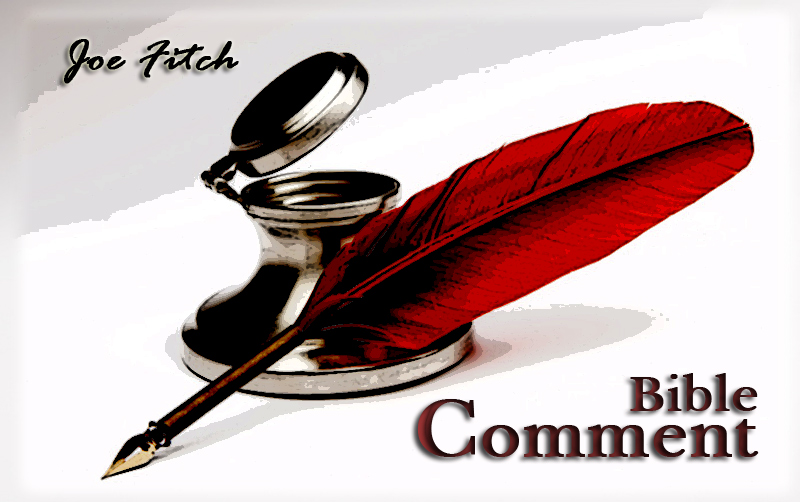 Endeavoring to keep the unity—

What you do not have, you cannot lose

“Endeavouring to keep the unity of the Spirit
in the bond of peace.” —Ephesians 4:3

WE STAND and sing the closing song: “Bless be the tie that binds our hearts in Christian love.” It warms our hearts to think we are knit together in heart. Christians are expected to have such ties. It is a scriptural idea:

Endeavoring to keep the unity of the spirit in the bond of peace —Ephesians.4:3

Spiritual unity and a peaceful bond are inseparable and are kept (guarded) by saints. At least, it is supposed to be that way, but . . .

Some churches have no ties at all. They slip into the building, sit for an hour, and quickly slip out —no commitment, —no contact, — no entanglements —and hardly even a polite word or handshake. They are like ships distantly and silently passing in the night.

“Withdraw yourself!“(1Timothy 6:5) calls out the preacher. But they will not; they cannot! There is nothing to withdraw! Withdraw is not to keep company (1Corinthians 5:9) but they do not company with each other anyway. Withdraw means not to eat with a person (1Corinthians 5:11); they do not eat together anyway. They have no ties. A letter read in assembly is all that is possible —maybe it embarrasses someone. No wonder it is a failure; you must start with a tie that binds.

In a college class years ago, our assignment was to read a news magazine. Everyone hated to read it, but we had a weekly test —graded on a curve.  Soon, we figured if no one read the magazine, everyone would be fine —ignorant, low grades, but fine with the curve. We had a bond of ignorance —it worked! I was embarrassed to win a Bible for the highest test scores —with a grade of 52.

Many churches have such a bond. “I won’t mention your sin if you don’t mention mine.” “I’m OK; you’re OK.” No accusing finger pointed —no rocking the boat; but no one really tries. Result of this “tie that binds“?

A clan of unrepentant sinners. You only have trouble there if you believe anything at all —bond and clan of unbelief. Others have a covenant of laziness —”I won’t do anything if you won’t.” —and nobody looks bad!

These are surely not God’s binding ties; he gave us a “tie that binds” us together to solve problems, strengthen weakness, break habits of sin enlighten ignorance, and grow in fruitfulness. Bless be that tie!

Some only have ties together because of a common enemy. Remember those who—

banded together and bound themselves under an oath till they had killed Paul —Act.23:12

Their binding tie was a common hatred for Paul. Pharisees even joined Sadducees (Matthew 16:1) or plotted with the Herodians (Mark.3:6) —against Jesus. Some brethren have strong crisis ties —when faced by an adversary. Peace seems to prevail. They seem close to each other —little bickering. But the crisis passes; the tie dissolves; —they devour one another!

“Ties that bind” are brotherly ties—”Love the brotherhood“(1Peter 2:17); “Love as brothers“(1Peter 3:8). Such ties are evidenced by sacrifice —as brethren would have “plucked out their eyes” for Paul (Galatians 4:16). See Paul’s response to brethren:

I will very gladly spend and be spent for you —2 Corinthians 12:15

—or Jerusalem saints: “all who were possessors of land or houses sold them” (Acts 4:34) and no brother was needy. Earnest concern a tie that binds.

The “tie that binds” is rooted in truth. “…endeavoring to keep the unity of Spirit in the bond of peace” is followed by—

“There is one body and one Spirit, just as you were called in one hope of your calling; one Lord, one faith, one baptism; one God and Father of all —Ephesians 4:4-6

This it is not just informative —a doctrinal statement. It, rather, states seven basics common to all Christians. Every Christian bows to the same Lord, worships the same Father, was baptized alike into Christ, has the same hope.  No Christians are void of these basics. These are “ties” in truth, but holding them in common is a “tie that binds” Christians together.

Attitudes are a “tie that binds.” Preceding “endeavoring to keep the unity of the spirit in the bond of peace,”  Paul defined the “walk worthy of the calling” as “with all lowliness and gentleness, with longsuffering, bearing with one another in love” —Ephesians 4:2. That “tie that binds” is woven with threads of “longsuffering,” (putting up with difficult people) and mixed with threads of “bearing with one another” (sharing a load) and tempered with threads of “gentleness and lowliness”(opposite of a proud mind). This binding cord has a core of “love ” (esteeming people a treasure, a prize). Such threads make a mighty strong “tie!”